World War Z (2006) produces a liberal utopian vision of a world in which many of the political problems of the early 2000S have been solved after an apocalyptic event, yet the underlying structures that created those problems are left unaddressed. This article thus argues that World War Z should be read for both its apocalyptic and post-apocalyptic dimensions. In analysing the contributing factors of the apocalyptic scenario as well as its post-apocalyptic aftermath, this reading shows how the novel highlights the limits of a progressive liberal imagination. 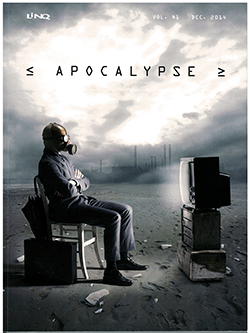