FALS: Monograph No 2: In the Wild with Samuel Butler or A Man of Three Centuries by Roger Parsell 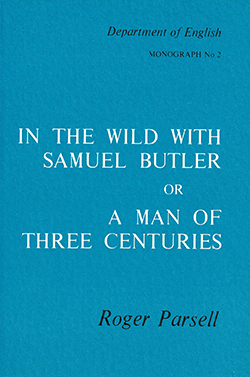 In the Wild with Samuel Butler or A Man of Three Centuries by Roger Parsell, 1981

These three essays on Samuel Butler (1835-1902) in this series are intended to reflect my own reaction to three areas of controversy which have been given a considerable amount of attention by literary critics and historians over a span of time now exceeding 100 years. In addressing the question of Butler's identity, distinctive kind of literary art, and critical reputation, however, I have deliberately avoided trying to present anything even like a sketchy consensus of critical opinion. I shall, from time to time, make reference to a critic's view, but on the whole I intend simply to speak only as one reader who has found in Butler's works an almost inexhaustible fount of intriguing observations, provocative humour, and oddly satisfying subversion.