FALS: Monograph No 9: The Last Explorer: The Life and Work of Ernest Favenc by Cheryl Frost 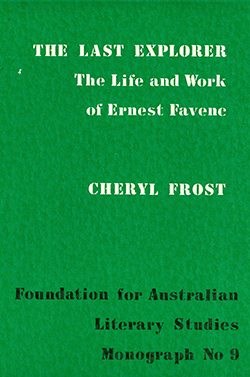 The Last Explorer: The Life and Work of Ernest Favenc by Cheryl Frost, 1983

In some respects Ernest Favenc was remarkable, and in others merely representative. In the 1870s and 80s he explored some of the remaining unknown parts of Australia, and he wrote histories, so he may be interesting to historians. He wrote stories, novels and verse, and so has a claim on the attention of literary critics. Since he was also a journalist, his ideas and attitudes reveal something about Australian society at the end of the last century. Finally, the experiences which shaped his attitudes took place mostly in North Queensland, and his life and writings therefore throw light on the development of the region.