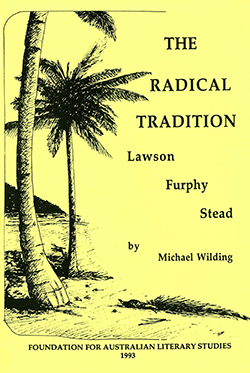 Michael Wilding is Reader in English at Sydney University. He has published widely on English and Australian Literature and has also written many books of fiction. His books include Aspects of the Dying Process, 1972, The Portable Marcus Clarke, 1976, The Paraguayan Experiment, 1985 and Dragons Teeth: Literature in the English Revolution, 1987.